The joyous Mid-Autumn Festival, the third and last festival for the living, was celebrated on the fifteenth day of the eighth moon, around the time of the autumn equinox. Many referred to it simply as the "Fifteenth of the Eighth Moon". In the Western calendar, the day of the festival usually occurred sometime between the second week of September and the second week of October.

This day was also considered a harvest festival since fruits, vegetables and grain had been harvested by this time and food was abundant. With delinquent accounts settled prior to the festival , it was a time for relaxation and celebration. Food offerings were placed on an altar set up in the courtyard. Apples, pears, peaches, grapes, pomegranates , melons, oranges and pomelos might be seen. Special foods for the festival included moon cakes, cooked taro, edible snails from the taro patches or rice paddies cooked with sweet basil, and water caltrope, a type of water chestnut resembling black buffalo horns. Some people insisted that cooked taro be included because at the time of creation, taro was the first food discovered at night in the moonlight. Of all these foods, it could not be omitted from the Mid-Autumn Festival.

The round moon cakes, measuring about three inches in diameter and one and a half inches in thickness, resembled Western fruitcakes in taste and consistency.

These cakes were made with melon seeds, lotus seeds, almonds, minced meats, bean paste, orange peels and lard. A golden yolk from a salted duck egg was placed at the center of each cake, and the golden brown crust was decorated with symbols of the festival. Traditionally, thirteen moon cakes were piled in a pyramid to symbolize the thirteen moons of a "complete year," that is, twelve moons plus one intercalary moon.

The Mid-Autumn Festival is a traditional festivity for both the Han and minority nationalities. The custom of worshipping the moon (called xi yue in Chinese) can be traced back as far as the ancient Xia and Shang Dynasties (2000 B.C.-1066 B.C.). In the Zhou Dynasty(1066 B.C.-221 B.C.), people hold ceremonies to greet winter and worship the moon whenever the Mid-Autumn Festival sets in. It becomes very prevalent in the Tang Dynasty(618-907 A.D.) that people enjoy and worship the full moon. In the Southern Song Dynasty (1127-1279 A.D.), however, people send round moon cakes to their relatives as gifts in expression of their best wishes of family reunion. When it becomes dark, they look up at the full silver moon or go sightseeing on lakes to celebrate the festival. Since the Ming (1368-1644 A.D. ) and Qing Dynasties (1644-1911A.D.), the custom of Mid-Autumn Festival celebration becomes unprecedented popular. Together with the celebration there appear some special customs in different parts of the country, such as burning incense, planting Mid-Autumn trees, lighting lanterns on towers and fire dragon dances. However, the custom of playing under the moon is not so popular as it used to be nowadays, but it is not less popular to enjoy the bright silver moon. Whenever the festival sets in, people will look up at the full silver moon, drinking wine to celebrate their happy life or thinking of their relatives and friends far from home, and extending all of their best wishes to them. 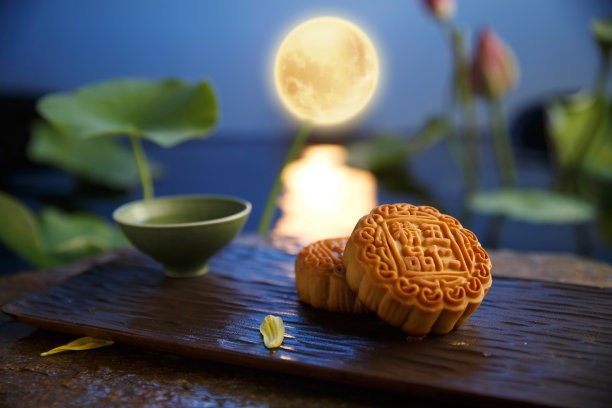